I’ve had a couple of requests to release the source for the Android Tonematrix app I wrote a while ago. It’s been a while since I’ve looked at it and I’m making no promises about the quality, but here it is:

Although the app still needs a little more testing and few more features, I’ve decided to release my androidome application onto the Android Market (download for mobiles here). Full instructions for installation are available on the Androidome page.

Things the app currently does (or should at least!): 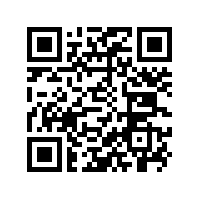 I’ve finally taken the plunge and gone and ordered myself a monome DIY kit. Its the cheapest way of getting your hands on one, that I’ve seen anyway, and I’ve been looking for a neat DIY project for the summer. Hopefully it should arrive sometime in August, but while I’m waiting for it to arrive, I have been busying myself trying to write an Android version. This seems like a sensible thing to do, as the phone has:

which all can be accessed simply from within the app.

The project somewhat continues on from my initial ToneMatrix clone, so the basics are already there. The monome communicates via the OSC protocol, which lucky is fairly simple to get up and running in Java thanks to a neat library called JavaOSC. The difficulty is in getting the application to be responsive enough to be of any use. However, the app is currently functional with single button presses being registered correctly (no multi-touch yet). LED feedback is a little buggy/laggy so far, but essentially works. Alpha version should be up by next week.

Having recently rediscovered Andre Michelle’s fantastic ToneMatrix synth, I was inspired to create an Android port for my HTC Desire. After a couple of days getting to grips with the Android SDK, I managed to produce a version that works reasonably well (at least on my Desire).

This is a very early version however, and I expect to add more features in the coming weeks such as different synths (possibly custom-built audio engine), speed control and better support for different screen sizes.

For the curious, the app is available as a download: ToneMatrix.apk (Android 2.1 or higher).

Instructions: It is pretty simple to use: horizontal axis is the time axis, vertical axis is pitch. Press the grid squares to enable that note. Enjoy!