Partly inspired by this post, I decided to have a crack at writing my first app for the monome. It is called accord, due to its similarity to the left hand bass on a accordion, but that's probably where the similarity ends. The vertical axis of the monome dictates the root of the chord, and the column number specifies the "chord" played. For example, the accordion is roughly set up like:

The chords in this app aren't restricted to the set above, rather the notes of the chord are editable - you specify the intervals from the root note in semitones, similar to tracker notation. The chord itself is played as a very fast arpeggio however, making the app ideal for chiptune type music, i.e. with basic monophonic synths. An MP3 sample of the app in action can be heard below:

accord for puredata v0.3 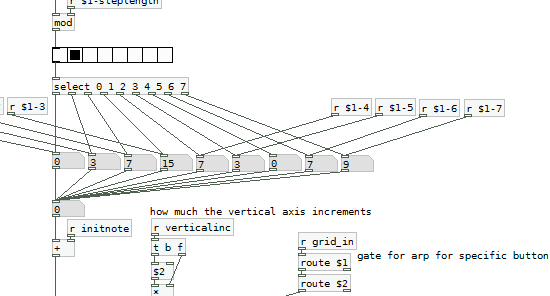